How to Avoid Being a Victim of Rental Scams 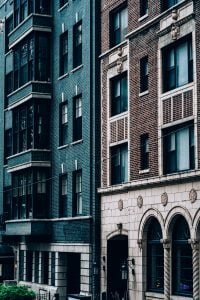 If you own a rental property, are scammers misusing your assets?  If you are trying to rent, are you aware of the latest scams?

According to data reported by Forbes in July 2018, U.S. renters lost a staggering $5.2 million to rental scams. And an Apartment List study reveals that 43.1 percent of American renters—nearly half—have encountered or fallen victim to rental scams. Though its victims range in age and characteristics, the Apartment List study found that victims are 42 percent more likely to be between the ages of 18 and 29—a population that tends to be inexperienced, in need of affordable short-term rentals, and with less household income to start with. This is a demographic that might need to rely on renting a place sight unseen, especially in the case of students from out of state or starting internships in strange cities. The below-market rental listing is likely to appeal to this group. As well, although Millennials are tech-savvy, they tend to be surprisingly trusting when it comes to scams, and they’re not likely to perform much due diligence in securing a rental.

Apartment List says the following are the standard rental scams that it found in its study:

Sure, there’s a property for rent, but it’s not the impressive one advertised. The scammer collects a deposit and a signature on a lease, but once the renter signs, he or she is stuck with whatever overpriced hovel the landlord actually provides the keys to. But even that is preferable to the alternative—at least there’s a place to live, unlike …

Like the vacation rental scam, this one banks on a poor schmuck who needs a place to live. The scammer creates a fake listing for a place that doesn’t exist, isn’t actually a rental, or that he/she doesn’t own. The relatively low rent lures renters, who wind up with nothing to show for their money.

A scammer gets hold of a listing for an actual property for sale or rent, tinkers with the ad, then reposts it on another site with his or her own contact information.

The Apartment List study found that laundry, heat, and air conditioning are the amenities most lied about in rental listings. Others include outdoor spaces (such as balconies), dishwashers, gyms, and pools. In a missing-amenity scam, the landlord dolls up the listing online by claiming it has amenities like these and others, which it doesn’t have, in order to justify a higher rent. Similar to a bait and switch, the renter doesn’t discover what’s lacking until he or she has already signed the lease and paid the deposit. (“A gym? No, no, I said Jim. My name is Jim. Sorry about that. Here’s your key.”)

It’s already leased, but a scammer or a crooked landlord doesn’t care—he’ll keep right on advertising the property, collecting application and security and deposit fees all day.

In a variation on this theme, some scammers “rent out” properties that are temporarily sitting empty—a crime that involves two victims, the homeowner and the innocent person who just needs a place to rent. The scammer scours neighborhoods looking for homes with no occupants, such as those that operate as second homes or those sitting empty between renters. They may even go so far as to change the locks or steal spare keys the owners may have “hidden” nearby. Once they’re in, they might just stay there.

Sixty-nine-year-old Beverly McKinney of Central Indiana was on a fixed income. She went on Facebook to find a rental for herself and her two great-granddaughters. Using a page intended to connect homes with renters, she found a great three-bedroom home in Anderson, Indiana. She reached out to the landlord, who asked her to fill out a contract and send the $500 deposit via MoneyGram. Once that was sent, the woman told McKinney, she’d send the keys. But no keys ever came, because the property’s actual owner, Steve Wagner, had already rented the property and had no idea who McKinney was or what had happened to her $500.

According to The Indy Channel, her local ABC affiliate, McKinney reported the incident to the police, whose investigation uncovered that the Facebook page—containing numerous grammatical errors, frequently pushes for more money, and has a suspicious friend total of one—had been taken down, and the MoneyGram had been picked up by a man at an area Walmart. Chances are slim that she’ll see that money again.

“I just don’t want anybody else to get burned,” McKinney said to the TV reporter who interviewed her for the story. “It’s terrible … I lost $500 and my dignity.”

The problem with rentals is that they can be tough to find, especially in a hot market, and often involve your need to move quickly. So before you jump headfirst into a sweetheart rental deal, take a few precautions:

Landlords and potential tenants need to be aware of all miscreants inhabiting the internet.  Everyone must be cautious nowadays.