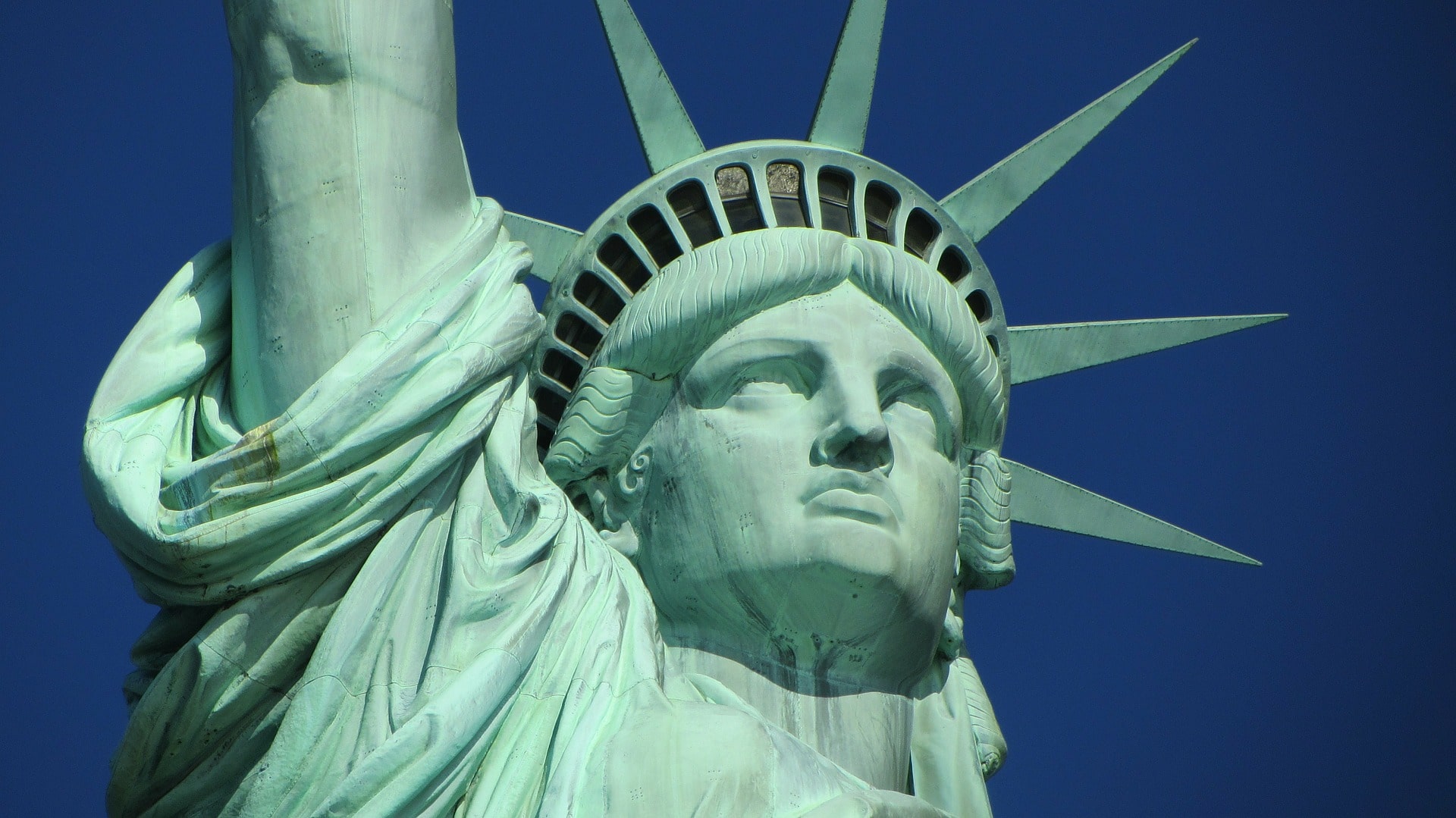 Some business owners and investors don’t understand the importance of keeping business and personal dealings separate, and can end up paying for it. Especially, when they are treating their business like their alter ego as was the case in this unfortunate New York court case. This can result in a lawsuit that pierces the corporate veil. If it’s not easy for a court to determine how a corporate entity is separate from the owners’ property, or other LLCs or corporations, all the related property could be used to pay for the result in a lawsuit. A tragic case in New York City illustrates the importance of using good business practices.

Do you remember the crane collapse on 91st Street in New York City? Two people died, and now two corporations have had their veils pierced to pay for the wrongful deaths.
The State of New York is quite willing to pierce the veil in certain cases. This was one of them.

The defendants, New York Crane & Equipment Corp. (“N.Y. Crane”), J.F. Lomma, Inc. (“JF Lomma”), and James F. Lomma (“Lomma”) appealed from the first judgments in the plaintiffs’ favor, arguing among other things that the trial court erred in allowing the jury to pierce the corporate veils of N.Y. Crane and JF Lomma, and in subjecting Lomma to personal liability. The trial lasted nearly a year and 87 witnesses were called to testify.

The evidence established that N.Y. Crane and JF Lomma, both incorporated in Delaware, rented cranes, while a second corporation named JF Lomma, incorporated in New Jersey, trucked the cranes to and from customers. Most of the cranes rented out by defendants were owned by nonparty Lomma Corporation, JLJD, which leased them to other Lomma companies for sublease to customers. Lomma’s entities rented out each other’s equipment at will; actual ownership did not matter. Lomma would decide later how much one company should pay the other, and thus had the ability to shift profits between companies. Lomma signed blank DOB CD forms–the forms necessary for the registration of a crane for use at a particular construction site–so that the general manager could fill in which company was renting out which crane on any particular job. Although N.Y. Crane’s tax returns stated that all the company’s equipment was stored in Brooklyn, the various Lomma entities kept their equipment, including the crane involved in this accident, at a yard in New Jersey personally owned by Lomma. None of the Lomma companies paid rent for use of the yard, and JF Lomma (NJ) paid the taxes. All Lomma companies shared the same offices and email system, and there was overlap of management and administrative personnel. All senior management, including Lomma and in-house counsel, were paid by JF Lomma (NJ), and all salaried employees in the organization were paid through the web-based ADP payroll account of JF Lomma.

The crane at issue was purchased by N.Y. Crane, and then $500,000 in refurbishment was spent. Lomma testified that although JF Lomma paid for the crane bearings from RTR (a China-based distributor, which subcontracted work to factories in China), the amount was charged back to N.Y. Crane. However, no proof of that was presented. Repairs to the Kodiak’s turntable bearing in 2007 were made in New York and supervised by JF Lomma. JF Lomma also paid for all replacement and new crane bearings and received any applicable insurance proceeds.

The Decision in In re 91st Street Crane Collapse Litigation

With respect to N.Y. Crane and JF Lomma, the New York Supreme Court, concluded, based upon the above evidence, that there was sufficient evidence to permit the jury to pierce the corporate veils of N.Y. Crane and JF Lomma, and that the evidence supported the jury’s conclusion that the multiple Lomma corporations conducted business as a single entity.

With respect to Lomma personally, the Court noted that, contrary to Lomma’s arguments, plaintiffs presented substantial evidence of Lomma’s personal participation in the corporate defendants’ affirmatively tortious acts launching the dangerous instrumentality that caused the deaths of plaintiffs’ decedents. As such, the Court found that the evidence sufficiently established that this was more than what defendants asserted–that Lomma was simply “one person who is a shareholder, officer and director in two or more corporations.” The Court emphasized that this one individual exercised domination and control over three separate corporations which he treated as one entity. Based upon this evidence, the Court concluded that there was sufficient evidence to permit the jury to assess personal liability against Lomma.

New York law historically has allowed the corporate veil to be pierced either when there is fraud or when the corporation has been used as an alter ego. See, Itel Containers Int’l Corp. v. Atlanttrafik Exp. Serv. Ltd., 909 F.2d 698, 703 (2d Cir. 1990). In New York, the determinative factor in piercing the corporate veil under the alternative alter ego theory is whether the corporation is a “dummy” for its individual stockholders, who are, in reality carrying on the business in their personal capacities for purely personal reasons. See, Port Chester Elec. Const. Corp. v. Atlas, 40 N.Y.2d 652, 656-57, 389 N.Y.S.2d 327, 357 N.E.2d 983 (1976). Thus, under New York law, when a corporation has been so dominated by an individual or another corporation and its separate entity so ignored that it primarily transacts the dominator’s business instead of its own and can be called the other’s alter ego, the corporate form may be disregarded to achieve an equitable result. See, Austin Powder Co. vv. McCullough, 216 A.D.2d 825, 827, 628 N.Y.S.2d 855 (3rd Dept., 1995).

Furthermore, in New York, it is not necessary to plead or prove fraud in order to pierce the corporate veil under the alter ego theory. Wrongdoing in this context does not necessarily require allegations of actual fraud. While fraud certainly satisfies the wrongdoing requirement, other claims of inequity or malfeasance will also suffice. See, Baby Phat Holding Co., LLC v. Kellwood Co., 123 A.D.3d 405, 997 N.Y.S.2d 67 (1st Dept., 2014). Indeed, in Passalacqua Builders, Inc. v. Resnick Developers South, Inc., 933 F.2d 131, 140-41(2d Cir. 1991), the U.S. Court of Appeals for the Second Circuit held that it was error to instruct a jury that a plaintiff is required to prove fraud in order to pierce the corporate veil.

In In re 91st Street Crane Collapse Litigation, the New York Supreme Court, simply applied the alternative alter ego theory under well-established New York law to the above facts.

Thus, the mere fact that the Court did not discuss fraud in its opinion is of little or no consequence to small business owners in New York or elsewhere. The Court’s decision appears to have been well in keeping with established New York precedent.

The significant “take away” from In re 91st Street Crane Collapse Litigation, is not that the Court did not discuss fraud in its opinion, but rather that New York, unlike some other jurisdictions, historically has allowed the corporate veil to be pierced either when there is fraud or when the corporation has been used as an alter ego.

It is very important to know the parameters of corporate law and to follow the formalities which establish those boundaries.

P.S. Not sure if your company is protecting you as it should? Get an evaluation by an expert. Get a Corporate Cleanup.